As anyone who has lost a parent knows, nobody can replace them, nor should anybody try to do so. Keeping a deceased person’s memory alive is a totally normal part of the grieving process, especially for people who lost a loved one at a young age. Unfortunately, it seems like one Reddit user’s spiteful sister-in-law didn’t get the memo.

User @JuneSunflowerz took the famed /AmITheAsshole Subreddit for some unbiased insight into a complicated family dynamic involving her brother, his two children, and their stepmother. Her brother was married to her best friend, Elle, for 10 years. They had two children together, a boy and a girl, before Elle tragically died of cancer. Her death was devastating for everyone involved — including @JuneSunflowerz, who had been “[her] best friend since we were 4.”

Shortly after Elle passed away, the brother began dating a new woman named Dani. This is where things got complicated, @JuneSunflowerz wrote: “[My brother] and Elle’s family had a big falling out because he told them he was hoping Dani would take their mom’s place and that they would embrace her as their new mom, and he wanted Elle’s family to take a backseat so that could happen. They asked how he could erase Elle, and he told them she’s dead and he and the kids aren’t, and he didn’t want them holding a candle for a dead mother the rest of their lives while they could have a living one.” Big yikes.

It bears repeating: There is no such thing as “taking the place” of a lost loved one. That’s just a sneakier, more sinister form of denial. Mourning is a painful thing, especially for young children, but shoving those hard feelings aside by attempting to “replace” a lost family member is sure to cause more harm than good.

Needless to say, the kids’ grandparents were appalled by these remarks. They sued the brother for grandparental visitation rights and won, which was an important victory for “the best interest of the kids.” Alas, the family dynamic has gotten even more tense since @JuneSunflowerz’s brother married Dani a few months ago.

“She visibly shows annoyance when the kids mention Elle,” @JuneSunflowerz wrote. “She blamed me when the kids told her they weren’t going to call her mom (she and my brother asked if they would and the kids weren’t interested). She was also unhappy they spent Mother’s Day with Elle’s family and not her and even told the kids. Not too long ago, she confronted me and said my contact with Elle’s family sends the kids the wrong message and that I clearly have a favorite SIL, which isn’t fair.” Remember, Elle was her best friend long before she married her brother! 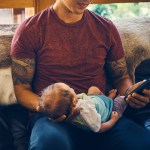 Now, Dani is demanding that @JuneSunflowerz stop having a relationship with Elle’s family — “or else.”

“We argued, and I told her that her being jealous and controlling will always make her second best unless she learns to embrace that she did come after Elle in our lives,” she wrote. “She lost it, and my brother told me my loyalty should be with him and Dani over Elle’s family. He also told me I was insensitive with Dani. AITA?”

Reddit AITA users pretty much universally sided with @JuneSunflowerz and her late BFF’s parents. Many users pointed out how her niece and nephew were unjustly robbed of the chance to grieve the loss of their mother.

“These kids have no say and from what is written, no grieving their loss before a ‘new mom’ was thrust upon them,” one person opined. “Your loyalty is to those children since your brother has his head up his ass. If [Dani] didn’t try and force everything and erase an entire person and extended family, she would be better received.”

“I read so many of these posts where a stepparent is shoved down a kid’s throat when a parent has died,” another commenter added. “They will end up losing their kids over this due to resentment. The best thing you can do is be there for the kids, as they have to deal with this crap on top of the loss of their mom.”

Before you go, check out our favorite quotes to help cope with grief and death: