Home » Health News » ‘A bit out of control’: the push to make sports supplements safer

But as the industry has grown exponentially, along with its unchecked marketing claims and ingredients, so too have the regulatory challenges. 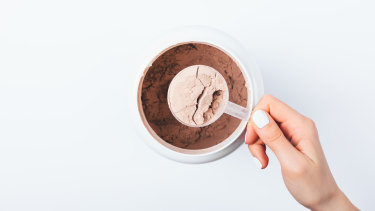 Many supplements are not as harmless as they seem.Credit:Getty

Now, proposed changes by the Therapeutic Goods Administration (TGA) would see many sports supplements recategorised as therapeutic goods instead of foods in 2020. This would mean marketing claims must be evidence-based and ingredients would be regulated along with their dose.

The recommendation comes as evidence highlights the current lack of regulation and risks within the industry.

A 2016 analysis of 67 leading brand supplements in Australia found one in five contained substances that are banned in sport. “Two products were found to contain such high levels of unlabelled stimulants that they were considered to pose a significant health risk to athletes,” the TGA report said.

A second study from 2017, found that, of 116 supplements assessed, more than one in 20 contained anabolic steroids that were not declared on the labels.

Further research, from earlier this year, found that an amino acid widely used in bodybuilding supplements may cause damage to brain cells.

The TGA report also points to two recent deaths which have been linked to sports supplements.

Western Australian mum-of-two, Meegan Hefford died in 2017. The 25-year-old bodybuilding competitor, who had an undiagnosed genetic condition which meant her body couldn’t metabolise protein properly, had a protein-heavy diet which included supplements. Lachlan Foote, 21, from the Blue Mountains, died on new year’s eve in 2017 after overdosing on a caffeine supplement, which he mixed into protein powder.

“Given the above issues regarding consumer safety posed by sports supplements as a class of goods, this can put consumers at risk,” the report said. “This is of significant concern since adverse events associated with the use of supplements in the community are likely to be under-reported, which is exacerbated by community perceptions around supplements being ‘foods’ that pose a lower risk than medicines.”

The proposed reform, however, has caused an outcry in the industry worth $1.9 billion. With the consultation period for the changes closing next week, more than 11,300 Australians have signed the petition to #saveaussiesupplements, which claims consumer choice, jobs and safety are “under threat”.

He admits the industry has “gotten a bit out of control in terms of companies taking liberty” in recent years.

“I would say our industry definitely needs more legislation and boundaries,” Crowley says.

Although Crowley says such changes would “definitely” help to weed out less scrupulous Australian companies, he fears the baby will be thrown out with the bathwater while giving unscrupulous overseas companies an advantage.

The supplements industry has more than doubled in size in the last 15 years, and because of that explosion it has gone under the radar.

“What we’re concerned about is there is very strict policing in Australia, but when it comes to personal importation, that won’t be something that they follow,” he says. “If I’m making a product and I can’t make any claims and my competitor from overseas is saying it builds muscle, increases stamina and has larger doses and a wider array of ingredients, they’ll be at a huge advantage.

“The legislation is really inconsistent with anything else in the world.”

Instead, he hopes substances on the World Anti-Doping Authority banned list will be prohibited along with analogue substances.

“[Natural stimulant] DMAA was banned so what laboratories did was just developed a different form of that with a slightly different structure,” explains Crowley, who adds that most of the supplements that fail tests are from overseas. “The analogue law means that anything with a similar structure is also banned. We think that would be a good idea.”

Kate Samardzic is a researcher at the University of Technology’s Department of Medical Science.

She says the proposed changes are “a very exciting prospect and long overdue”.

“The supplements industry has more than doubled in size in the last 15 years, and because of that explosion it has gone under the radar,” says Samardzic.

She says Australian companies “should want nothing more” than to have some this official endorsement of their safety and efficacy in an untamed industry.

“Up until now these compounds have gotten around TGA regulations because they use loose language like ‘boosts’ and ‘improves’ and ‘promotes’,” she says. “But at the end of the day they are making health-related claims and these claims are unsubstantiated. It is the consumer’s right to know these products are safe and second of all these claims are real.”