Can hydroxychloroquine work after all? Coronavirus patients treated early with the drug touted by Trump were 50% less likely to die, study finds

After repeated failures in previous research, a new study suggests hydroxychloroquine can improve survival odds for some coronavirus patients.

Hospitalized coronavirus patients given hydroxychloroquine were 50 percent less likely to die of the brutal infection than those who did not receive the drug in a Henry Ford Health System study of 2,541 people.

It comes after several large-scale studies found no benefit to the malaria drug, touted by Trump, which prompted the US Food and Drug Administration (FDA) to revoke its emergency use authorization for the drug.

The Henry Ford team puts their better results down to timing and selectivity. They gave coronavirus patients hydroxychloroquine earlier on in the course of their illnesses, and only if they were not at high risk for heart problems.

But critics say that these same choices that helped Henry Ford get better results from hydroxychloroquine also make the research less convincing, and noted that more of the hydroxychloroquine group was also treated with steroids, which data suggests combats dangerous inflammation in coronavirus patients.

‘Our results do differ from some other studies,’ study leader Dr Marcus Zervos said at a news conference.

‘What we think was important in ours…is that patients were treated early.

‘For hydroxychloroquine to have a benefit, it needs to begin before the patients begin to suffer some of the severe immune reactions that patients can have with Covid.’

Critical commenters suggested that the doctors at Henry Ford are simply more practiced at caring for coronavirus patients now, and that the results then might have less to do with the efficacy of hydroxychloroquine.

‘As the Henry Ford Health System became more experienced in treating patients with COVID-19, survival may have improved, regardless of the use of specific therapies,’ wrote Dr Todd Lee of the Royal Victoria Hospital in Montreal, Canada, in commentary that accompanied the study.

Early lab studies suggested that the drug might have antiviral abilities – helping to prevent the virus from making more copies of itself.

Data also suggested that it might stem inflammation from an out-of-control immune response that often becomes the ultimate cause of death for severely ill coronavirus patients.

President Trump hailed it a ‘game-changer’ and his optimism about the drug prompted a flurry of research, much of which ended disastrously. 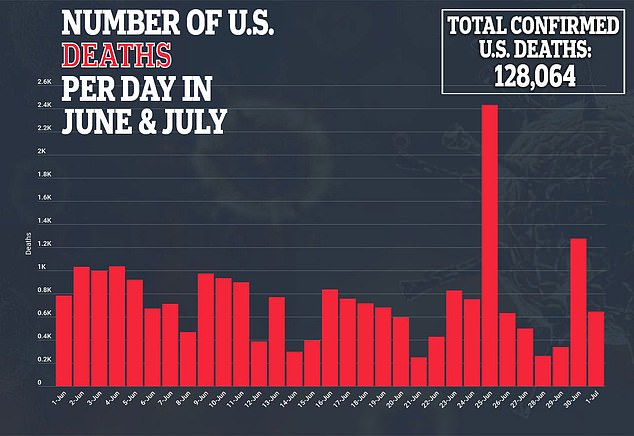 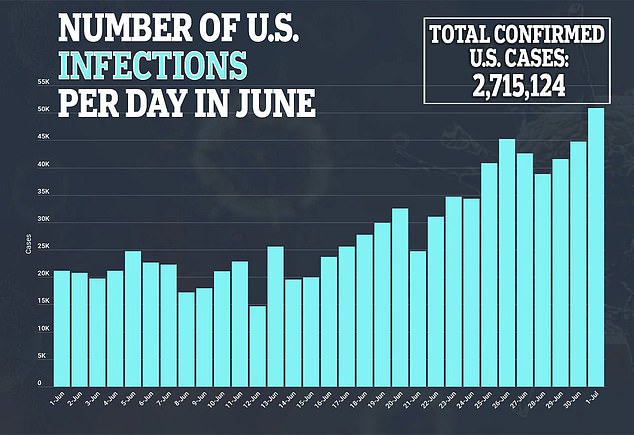 Hydroxychloroquine is known to cause dangerous heart arrhythmias, and these were seen in a worrisome proportion of critically ill patients and associated with higher death rates.

The new study, published in the International Journal of Infectious Diseases, included more patients who were under 65 and a more racially diverse group.

More than 80 percent were dosed with hydroxychloroquine within 24 hours of being admitted to the hospital, and 91 percent got the drug within 48 hours.

Henry Ford researchers argued that this was a major advantage over the recent New York state study of hydroxychloroquine, although patients enrolled in it got the drug one day after admission on average (patients could be included if they were dosed ‘at any time during their hospitalization’).

Whether it was the timing or something else, the results from the new study were drastically different.

More than 22 percent of those who got just the antibiotic died, and 26.4 percent of patient treated with neither drug died.

‘The combination of hydroxychloroquine plus azithromycin was reserved for selected patients with severe COVID-19 and with minimal cardiac risk factors,’ as it has the highest risk for heart complications, the study authors wrote. 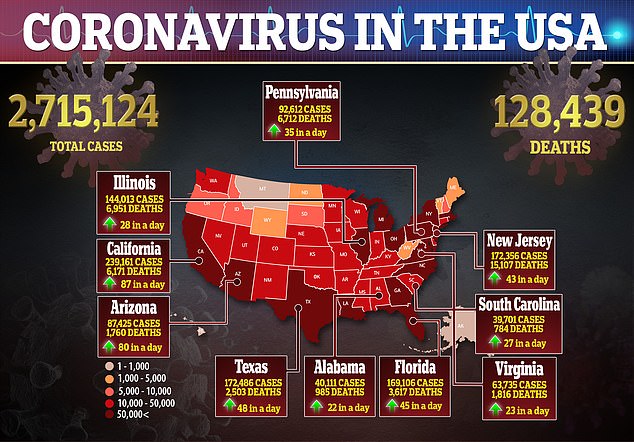 More than 200 patients were excluded who hadn’t been discharged from the hospital, casting some doubt over the study.

But it’s the second bit of good news this week for hydroxychloroquine.

A University of Oxford trial giving health care workers hydroxychloroquine as a potential preventive was greenlit this week.

‘HCQ has been resurrected as an important drug to study,’ Dr Peter Pitts, former FDA Commissioner and President of the Center for Medicine in the Public Interest told DailyMail.com.

‘This looks very promising. Clearly it has impacted survival rates, pointed. to the need for early interventions and made recommendations on possible dosing standards.’

‘The danger here is we don’t want to have people rush to judgement therapeutically and don’t want to cause shortages for people using it for lupus, rheumatoid arthritis and, of course, malaria.’

He saw the exclusion of patients with heart risks not as a flaw, but a strength of the study, because giving those patients a drug when we know it can trigger cardiac arrhythmias would be ‘responsible.’

‘I toss aside those objections as snotty purism,’ Dr Pitts said.

‘In a pandemic we can’t be too pure and precious we have to get the job done, which equals in my mind saving lives and sharing science.’