Home » Beauty & Balance » Harry Styles as Dorothy from "The Wizard of Oz." Help!

Is it possible to be casually obsessed with a person? Because I'm not the world's biggest Harry Styles fan, but every once in a while he does something so completely perfect — like grow a mustache or get a new nail-art set — and it's all I can think about. That's exactly what happened over the October 30-31 weekend, during which Styles played two back-to-back Love on Tour dates at New York City's Madison Square Garden. For one of those dates, the singer wore what can only be described as the most epic Wizard of Oz Halloween costume I've ever laid eyes on.

Complete with a face full of blush, red nail polish, a blue gingham dress, red fishnet tights, blue socks, glittering red kitten heels, and a prop Toto in a basket, Harry's Halloween costume — sorry, Harryween costume — was certainly enough to make any fan's pupils dilate. (You can catch a closer look at it on his Instagram right here, by the way.) It wasn't his only costume of the weekend, either. 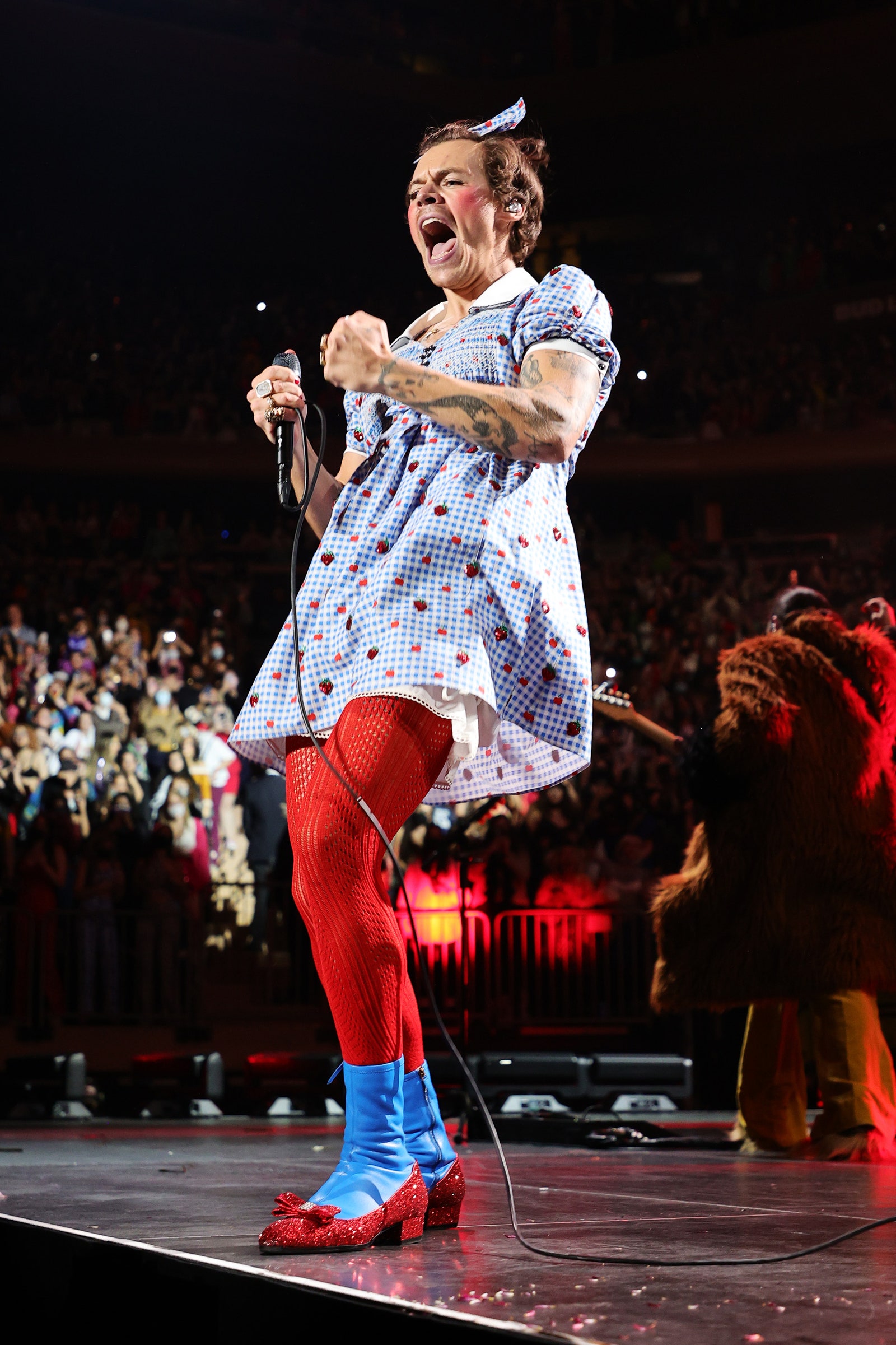 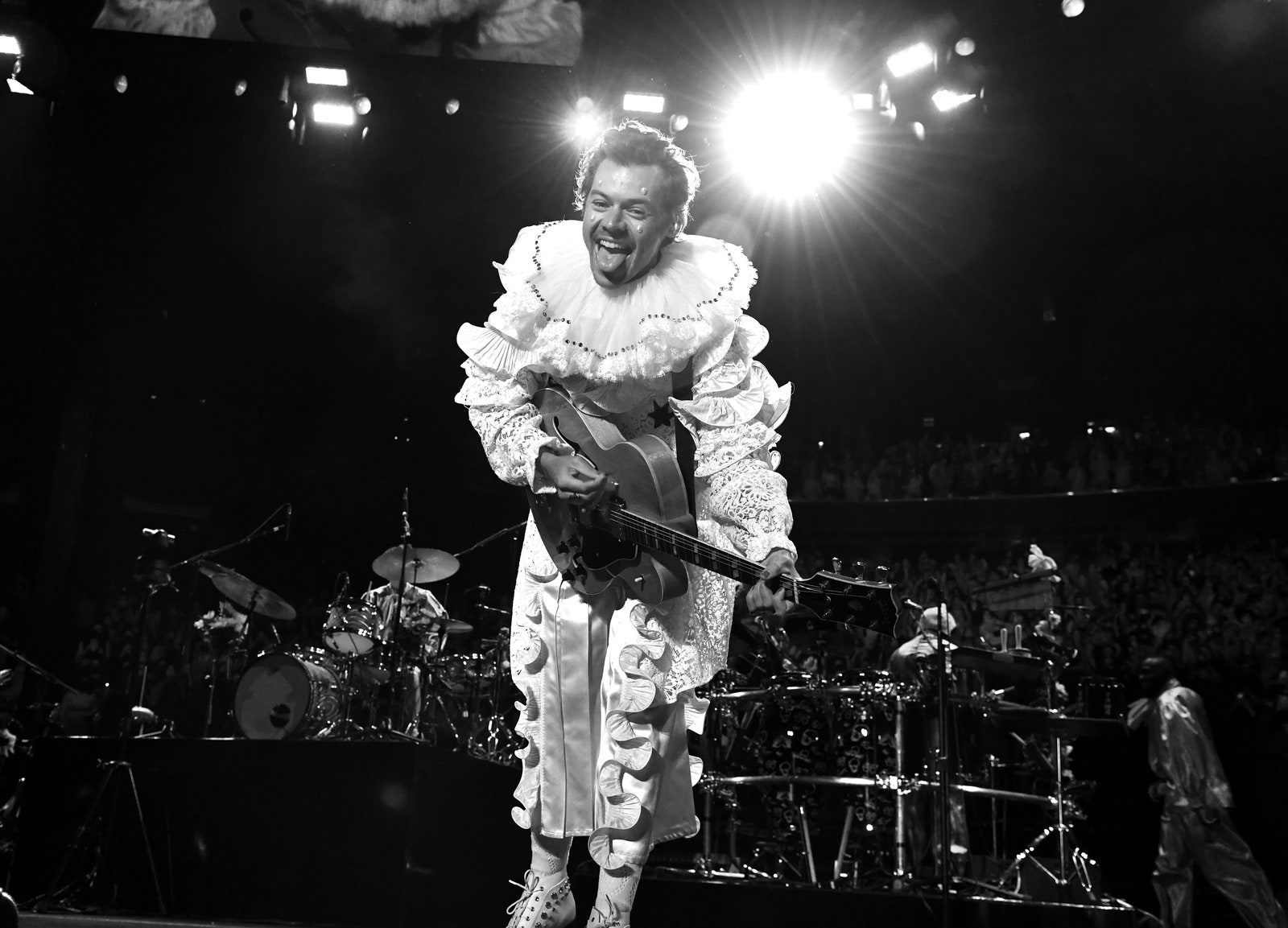 The night after skipping down the yellow brick road, Styles donned an elaborate all-white clown get-up for fans at MSG. He has yet to post a closer look at Halloween costume No. 2, but the ruffled pants and collar with studded lace-up boots appear to be accompanied by a few three-dimensional face gems or stickers of some sort.

After seeing both of these costumes in action, maybe I'm not as casual a Harry Styles fan as I thought because I'll be talking about them all week, thank you very much. It was really only a matter of time, wasn't it? Sigh.